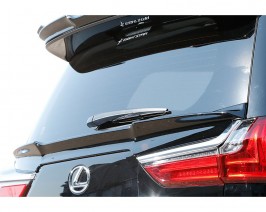 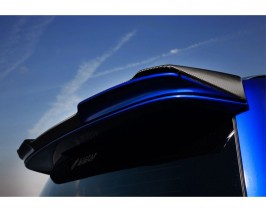 DOUBLE EIGHT was founded in June 2008 and is based in Japan. They specialize in manufacturing wheels, front half spoilers, rear half spoilers, rear wing spoilers, side molding panels, fender mirror covers, mufflers, emblems, and HID kits for car parts. They are known for producing high-quality automotive parts for luxury SUVs from Japan to the rest of the world.

DOUBLE EIGHT is a luxury automobile lifestyle company that produces luxurious car life with the notion of rich and luxury style. The brand has mastered the evolution of high quality production. The concept of "high quality" and "stylish" design is implemented while following the current fashion trends. You'll be able to live the car life you've always dreamed of thanks to DOUBLE EIGHT products, which have a lot of style and attention to detail.

WHY GET DOUBLE EIGHT CAR SPOILERS?

Adding a Double Eight spoiler to your vehicle helps improve the braking stability of your vehicle. The spoiler increases the downward force acting on the rear of the vehicle, which improves both traction and braking performance. Even at higher speeds, drivers have an easier time braking, which makes driving safer with the addition of the spoiler.

The addition of a spoiler to your car also has an impact on its fuel efficiency. This is especially true for cars with front spoilers or air dams, which are becoming increasingly popular. These kinds of spoilers push air around the car, which reduces drag and fuel consumption. As a result, the car uses less energy and gasoline to propel itself forward because of the change.