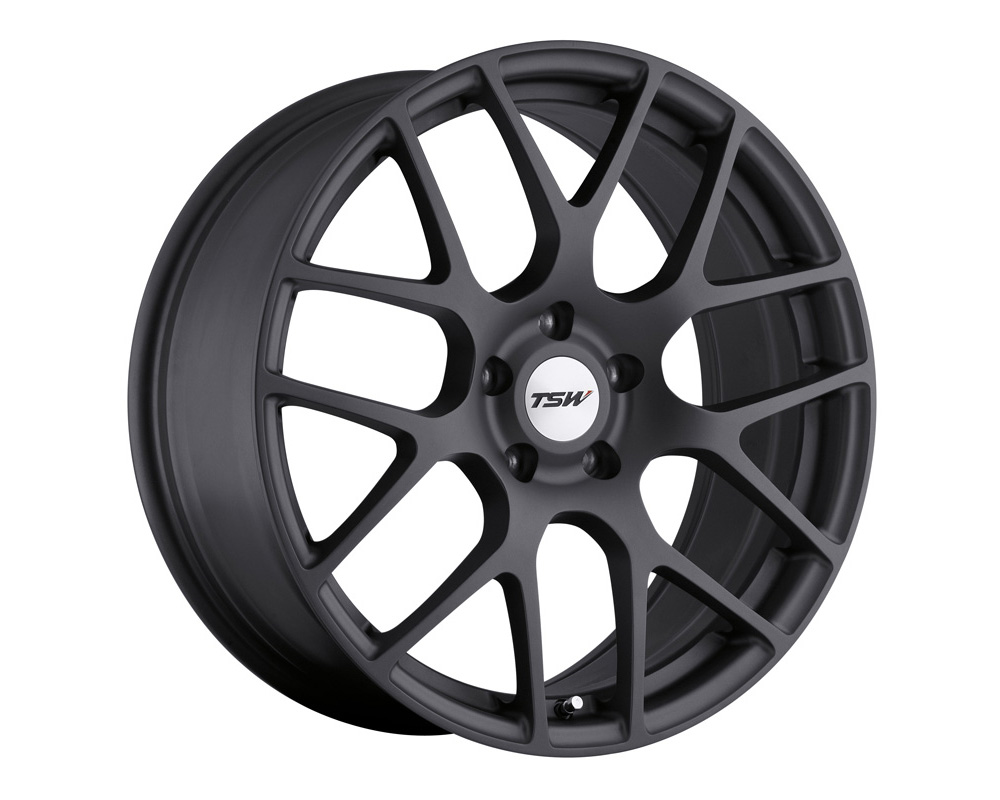 TSW wheels are born of a rich racing heritage. Founded by a formerFormula One racing driver, TSW has been involved in motor racingaround the globe for over thirty years. Our involvement has rangedfrom the grueling 24-hour Le Mans to Touring Cars to SpecMiata.

Many of the wheels are based on racing technology. TSW pioneeredthe race-inspired hex nut look that was featured in such standardsas the Revo and Hockenheim R, which have been a popular choice forboth grass-roots racing and show cars. In keeping with this richracing heritage, many TSW wheels are named after past and presentFormula One tracks.

Today, TSW has an absolutely staggering array of staggered wheelapplications. Several sizes carry as many as three different widthsfor the perfect fitment. Staggered wheels are available in sizesfrom 17" to 22" staggered wheel applications. Staggeredapplications mean a wider wheel on the rear of the car, andconsequently, a wider tire and larger lip on the back of the car.Wheel lips are as large as 5". Yes, that's right—5" lips onone-piece cast wheels! Many of the wheels are available in hyperblack and hyper silver paint finishes with machine cut lips (oftenreferred to as diamond cut or mirror cut). Although chrome isbecoming more popular with TSW enthusiasts, hyper black wheels andhyper silver wheels dominate the current TSW wheel lineup.

TSW wheels are sold with hub centric to rings to ensure avibration-free ride. TSW wheels are manufactured to extremely highstandards that often significantly exceed the industry norm,resulting in a smoother, better handling ride.

TSW Wheel Store
With regular care and regular road conditions, TSW offers a two year finish warranty on its wheels with chrome and painted finishes. TSW provides a five year structural warranty for wheels it manufactures that are structurally unsound because of a manufacturing defect caused by TSW that makes the wheel unfit for its ordinary purpose. Damage or issues with wheels manufactured by TSW that are not caused by, or the result of, a manufacturing defect by TSW are not covered under the warranty. Additionally, the following are expressly excluded from the warranty:THE WARRANTY ONLY APPLIES TO THE ORIGINAL PURCHASER OF A WHEEL AND THE WARRANTY IS LIMITED TO THE ACTUAL AMOUNT TSW WAS PAID FOR THE WHEEL.
To submit a wheel for determination of coverage, a distributor must first obtain a Returned Goods Authorization number from an authorized TSW salesperson. Wheels sent to TSW without first obtaining a Returned Goods Authorization number will be refused and returned to sender. After obtaining the Returned Good Authorization number, THE DISTRIBUTOR WHO PURCHASED THE WHEEL FROM TSW must send the wheel by freight prepaid, as freight costs, shipping costs and any consequential damages are not covered by the warranty, to TSW headquarters in Brea, California for inspection by TSW. The invoice of the original purchase must be included with the wheel so TSW can verify the wheel is being submitted for coverage under the warranty by the original purchaser. A customer of a distributor cannot directly send a wheel for inspection to TSW as TSW does not communicate, correspond or deal in any way with the customers of TSW's distributors. A wheel submitted to TSW by a customer of the distributor will be returned.